Make it Fun
Cool stuff you won’t want to miss. Get to The Pointe. 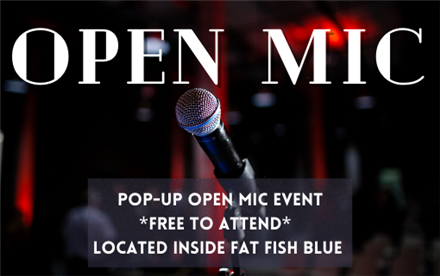 Every Thursday 7:45 PM *You do not need a ticket for this event* Come join the fun at The Orlando Improv for a super special pop-up Open Mic. This event will be held on our restaurant stage inside Fat Fish Blue. Amateur and professional comedians test out new material to get ready for the main stage. Ever wanted to try stand-up comedy yourself? Come by and sign your name on the list to perform! Just looking for a fun & free night out? Come out and watch! Please sign up 30 minutes prior to listed showtime. 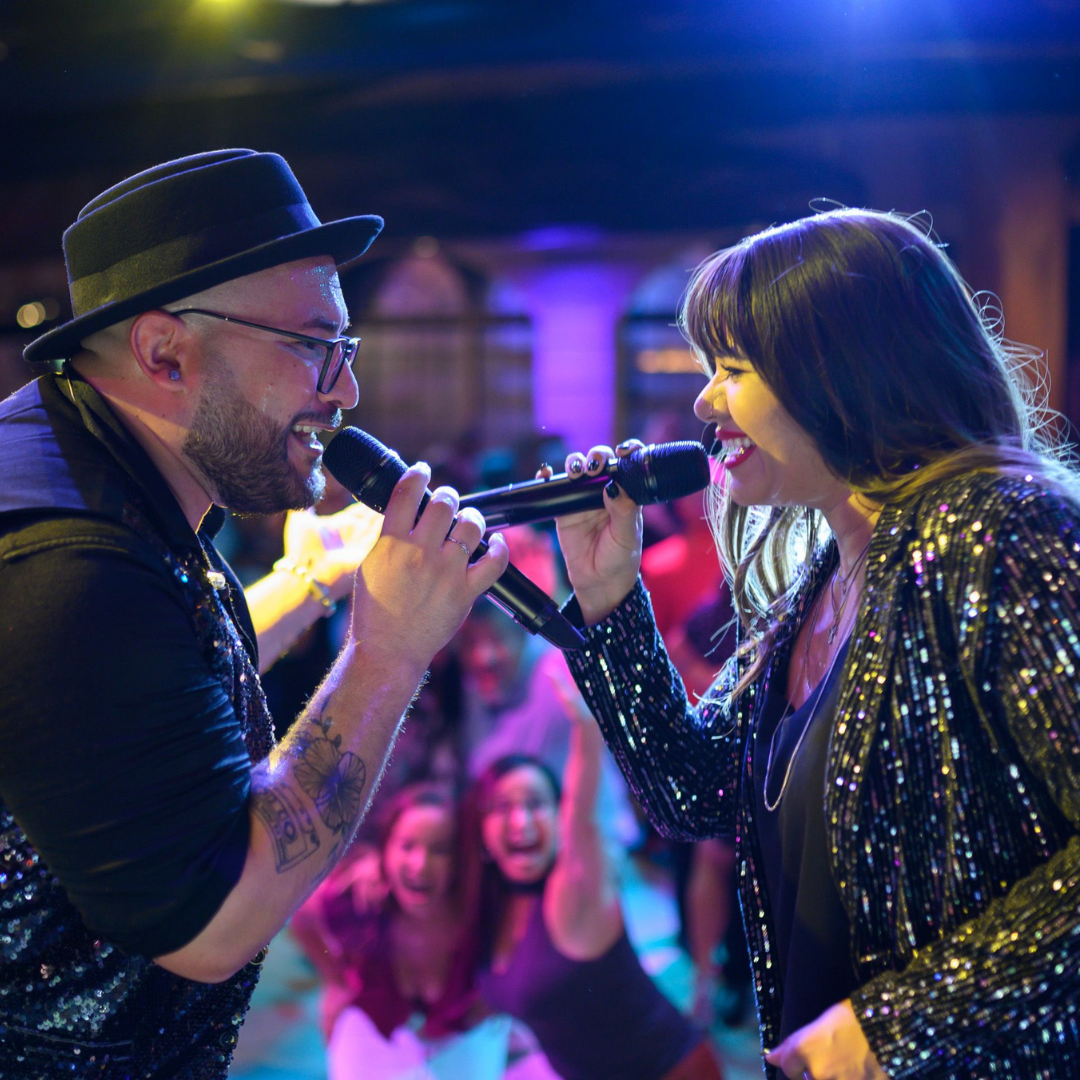 Dinner and Live Music every Friday at Cuba Libre 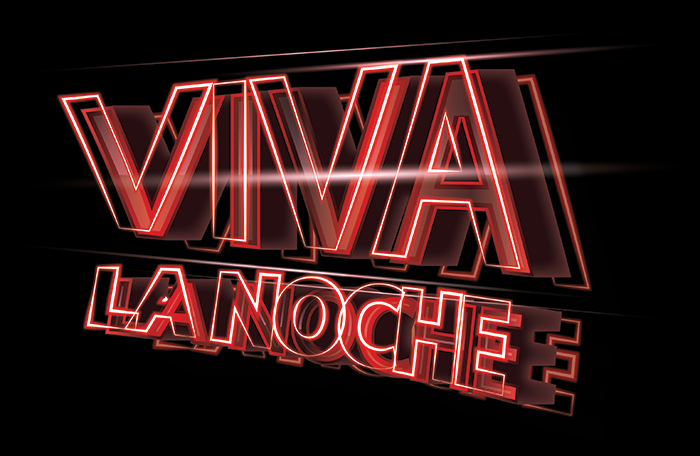 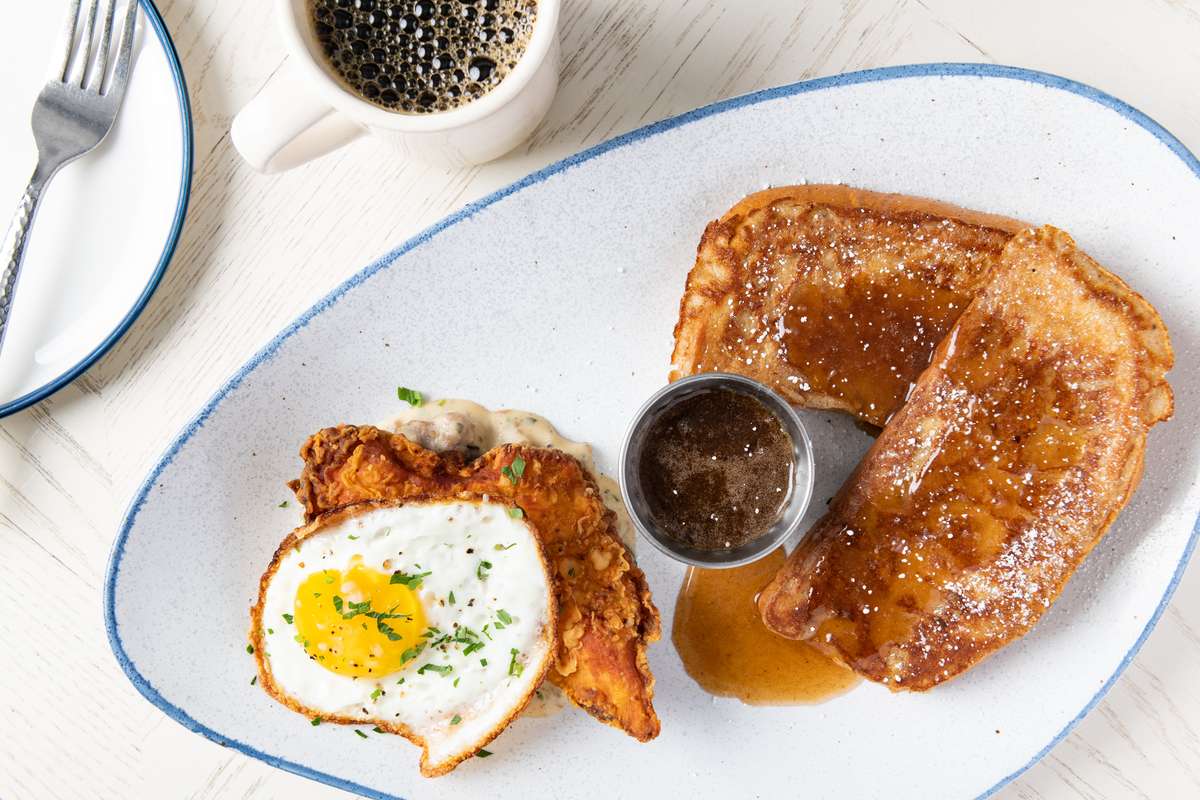 Weekend Brunch at The Hampton Social

Upgrade your weekend plans with our mouthwatering weekend brunch! Try our Fried Chicken Stack and Frosé Bellini. Available weekends from 10 am – 3 pm. 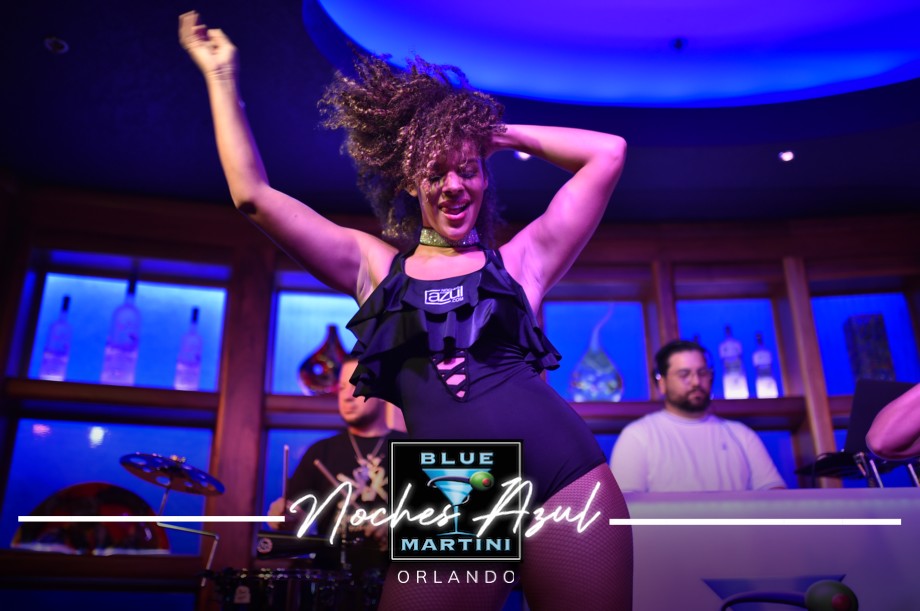 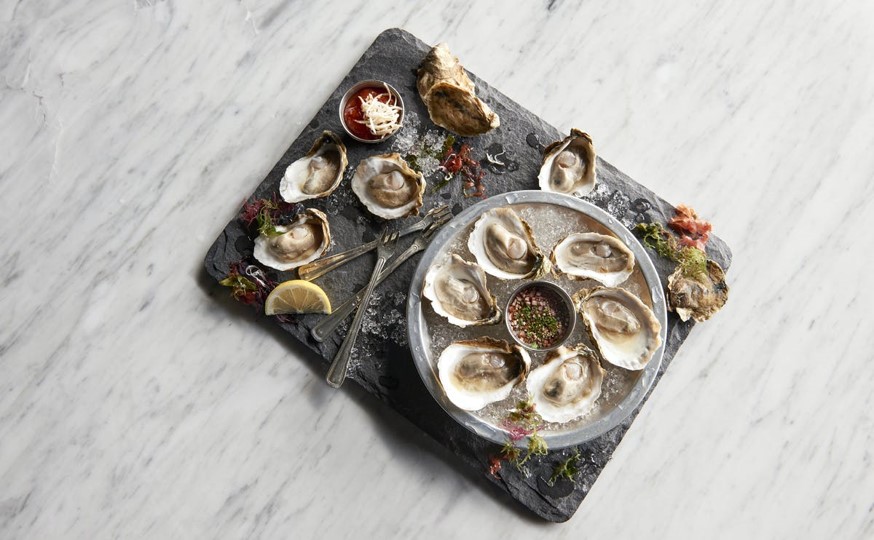 Half Priced Oysters at The Oceanaire

Every Sunday DON’T MISS OUR HALF-PRICED OYSTERS ON THE HALF SHELL Join us every Sunday for our freshly shucked Chef’s Select Oysters for only $2 each! *Available Sundays for dine-in at the bar only. 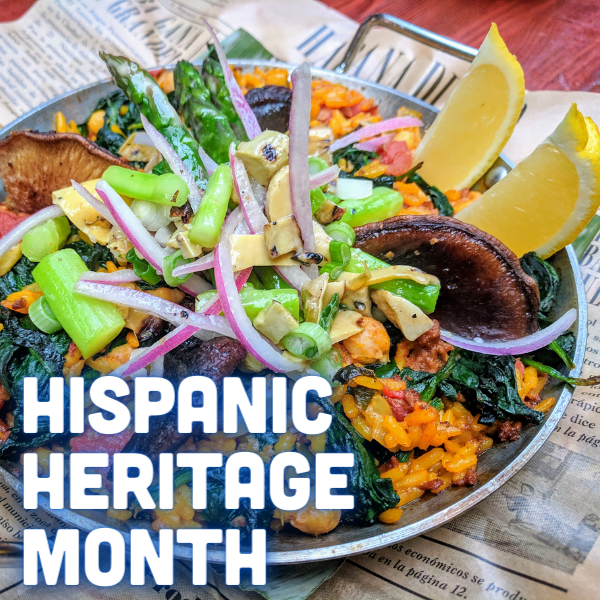 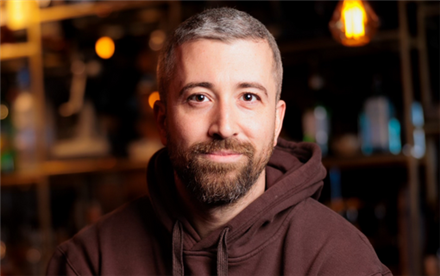 September 28th @ 7:30pm Mike Cannon is a New York City based comedian, podcaster and actor. In May of 2022 Mike released his second Independently produced comedy special – WHITE PRIVILEGE HOMELESS – on Youtube where it received thousands of positive reviews from fans, comedians and critics alike. His debut comedy special – LIFE BEGINS – was released in January 2020 on YouTube and earned a spot on Laugh Button’s Top 35 Comedy Specials of 2020. The album – LIFE BEGINS – was released February 2020 through 800 Pound Gorilla Records. It was recognized as one of Interrobang’s Top 11 Albums of 2020 as well as one of Sirius/XM Raw Dog Radio’s Top 10 Comedy Albums of 2020. Recently, Mike earned critical acclaim for his acting as the lead role in the feature film Timing on Amazon Prime. Mike’s first comedy album – I Think It Just Kicked In – debuted at #1 on the iTunes comedy charts and #7 on Billboard comedy charts and has over 5 million streams on Pandora. Mike appeared as a guest on the popular Barstool Sports series Friday Night Pints and Answer The Internet, a guest on Comedy Central’s Stupid Questions with Chris Distefano, an actor on Blake Griffin’s Double Cross on TruTV, a panelist on Comedy Central’s The Nightly Show with Larry Wilmore, a talking head on TruTV’s Greatest Ever, a sketch performer on TruTV’s Top Funniest, a comedian panelist on MTV’s Failosophy and Money From Strangers, a regular guest on Fox’s Red Eye, a talking head on MSG’s The Bracket, and was a contributing writer and performer for MTV2’s Guy Code. He is a regular guest on several Sirius/XM Radio shows including The Jim Norton and Sam Roberts Show, KFC Radio, Barstool Radio, and Barstool Breakfast, The Bonfire with Big Jay Oakerson and Dan Soder and Bennington. Mike is co-host of Here’s the Scenario podcast and host of two digital series – Heads Up with Mike Cannon and Mike Takes Edibles. Mike has been a guest on several popular podcasts including Andrew Schulz’s: Flagrant 2, Girls Gotta Eat, Chrissy Chaos, KFC Radio, Are You Garbage?, Robert Kelly’s You Know What Dude!, Stuff Island, Doug Benson’s Getting Doug with High, Ari Shaffir’s Skeptic Tank, Jim Norton’s The Chip Chipperson Podcast, Joe List’s Mindful Metal Jacket and Jessica Kirson’s Disgusting Hawk. He’s also been a guest on Dad Meat, History Hyenas, OOPS The Podcast, Legion of Skanks, The Dad, Calta and Kelly, Comedy Cellar Nightly, and Opie Radio. In March 2017, Mike performed stand up on AXS Gotham Comedy Live with host and comedy icon (and first time stand-up performer) Fran Drescher. He was a finalist in the 2016 and 2014 New York Comedy Festival’s “NY’s Funniest” contest. Previously, Mike hosted the long-running Irish Goodbye Podcast and the popular weekly web-series The Weed News with Mike Cannon. He was a co-host of Cosmopolitan Magazine’s series Sexy vs Skanky and a featured performer on VH1’s Why Am I Still Single? Mike is always developing new material. He regularly tours the country, and, when home, he plays all the major New York City clubs including the Comedy Cellar and New York Comedy Club. It makes no difference to him whether he’s performing in a club, a bar, a casino, an elevator (done that twice), a parking lot, a rooftop, on a fake beach in front of a freight train, or in technically-legal underground speakeasies, comedy is his life. Mike is dedicated to making the majority of you laugh and the rest of you confused, yet oddly satiated. *Dinner Package Also Available 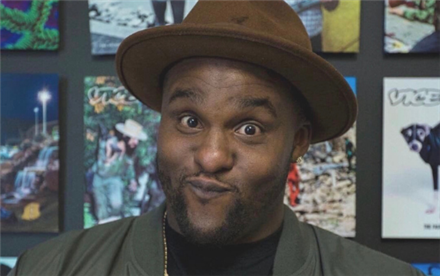 September 29th @ 7:30pm Glen “Big Baby” Davis is bringing the Life After Basketball Tour to The Improv! After playing college basketball with LSU Big Baby was selected by the Seattle Super Sonics in 2007. Shortly thereafter Big Baby was then traded to the Boston Celtics, with whom he won the NBA Finals. After leaving the NBA, Big Baby played for the Big 3 league and in 2018 helped Power win the Big 3 championship. Big Baby always had a big personality that would brighten anyones day and the power to bring laughter to everyone he’s been around. You may have seen Big Baby on the hit Showtime T.V show Shameless playing the character Jules, or even seen him in the movie Benched playing himself. Glen “big baby” Davis is a super talent who’s work has always spoken for itself, so on Fathers Day everyone get ready to laugh your ass off at the Life After Basketball Tour hosted by Joe Jenkins….. You DO NOT wanna miss this slam dunk of a show!! *Dinner Package Also Available 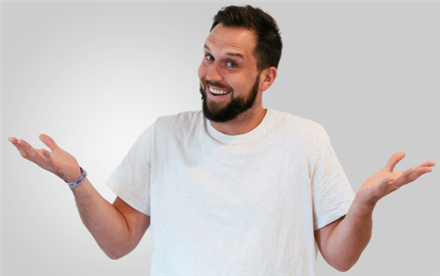 September 30th @ 7:30pm & 10:30pm and October 1st @ 7pm and 10pm Trey Kennedy is a born and raised Oklahoman who never expected to enter the entertainment industry. While attending college at Oklahoma State University, Trey found fame on the mobile app Vine, amassing more than 2.5 million followers. He was a top creator on the app for more than three years and, through this experience, discovered a passion for entertainment. Trey has now continued his social media success on platforms such as Instagram and Tik Tok where he has a combined 12+ million followers. He hopes to continue creating an array of entertaining content in order to deliver some joy where it’s needed. Trey is currently creating content and podcasts across his social media and YouTube channels. He just concluded his “Are You For Real? Comedy Tour selling out cities across the United States. *Dinner Package Also Available